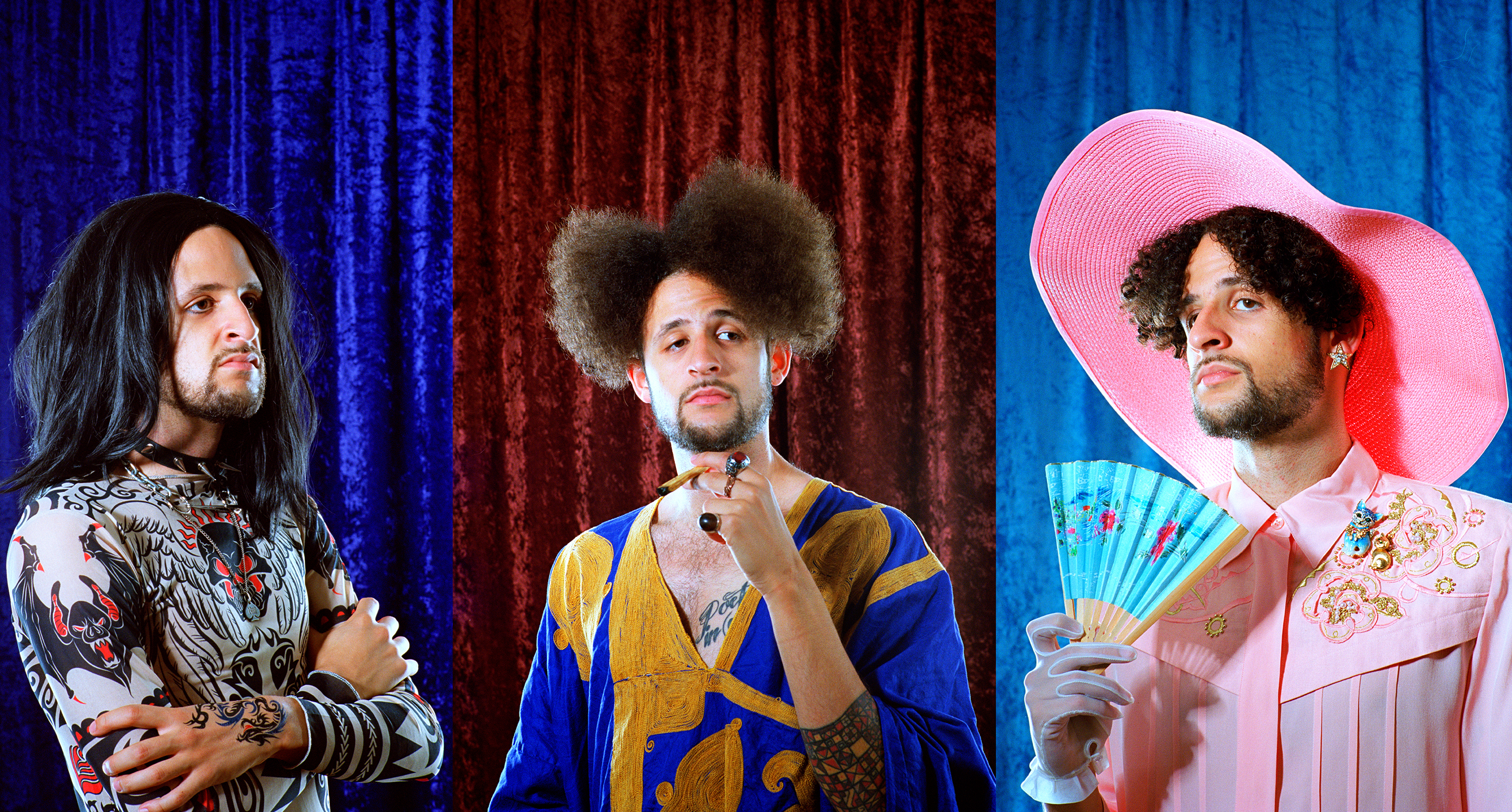 On Rhys Langston’s new album, ‘Aggressively Ethnically Ambiguous’, we find race as form and content; trap music side by side with beat poetry; the audio-autobiography and the postcolonial, rap-induced method acting, and a whole onslaught of other recipes that allow contrast to truly compliment.

“To be ‘Aggressively Ethnically Ambiguous’ is to self-fragment as an act of rebellion, to embrace the schizophrenia of trying to reconcile one’s outside perception, and finally, namely, to make any identification a misidentification.” – Rhys Langston

This is music about identity in which identity is shattered. Not as a result of harm, but a complete radicalization, from lectern-worthy lyrics to self-aware and humorous everyday actions. It is refusing to get a haircut and meeting every stranger with a different accent. It is a defiance of categorization in pursuit of true freedom. This plays out as much in the sound and words as it does in the art, and most importantly, as it does in the man himself. Dipping the experience in an iconoclastic flavor, Rhys Langston enlisted the talents of renowned photographer and visual artist, Parker Day, who constructed portraits around four varying aesthetics and personalities, accenting the various identities present on the record. Langston and co-producer/composer MVNTRA teamed up with grammy nominated engineer Daddy Kev and underground heavy weight Kenny Segal for the mixing and mastering of ‘Aggressively Ethnically Ambiguous’. The results weaponize his esoteric approach into an inclusive sound for everyone; like debating the possibilities of conscious consumerism as one milly rocks to heavy bass while regretting using underwhelming pay stubs to buy bottle service. The artificiality of mainstream and underground categorizations lose meaning, letting a more important singularity take hold – the ‘Aggressively Ethnically Ambiguous’ world of Rhys Langston.

MVNTRA is a member of the Virgin Islands-based WYSF collective.
Kenny Segal is a frequent collaborator of milo, Busdriver, Self-Jupiter, and Hemlock Ernst (of Future Islands).
Daddy Kev was nominated for a Grammy for his engineering duties on Flying Lotus’ “You’re Dead”.

‘Aggressively Ethnically Ambiguous’ is out Sept 1st on Black Market Poetry via CD and Digital.